The extent of changes to the site’s topography depends on a number of factors that include the current lay of the land (flat, rolling or steep) the size of the property, the need or the desire to minimize the disruption to the natural lay of the land, if the land is undisturbed soil or if it has been previously changed, whether the land can be made usable through changes and the nature of the development of the site. If the site is relatively flat, then not much is needed to introduce the development, but some shaping is typically required as few pieces of land come with ready-made building pads and pathways for roads and walks. END_OF_DOCUMENT_TOKEN_TO_BE_REPLACED

Getting to Know the Players / Take One

Getting to Know the Players / Take One

I thought it would be interesting from time to time to introduce you to some of the project players. That way you can get to know various members of the team, what they do and also get a different perspective of the project. Today I am talking to Jason Holuby, Project Manager for the Visitor Center, architect, LEED accredited professional and FSB Senior Associate. END_OF_DOCUMENT_TOKEN_TO_BE_REPLACED 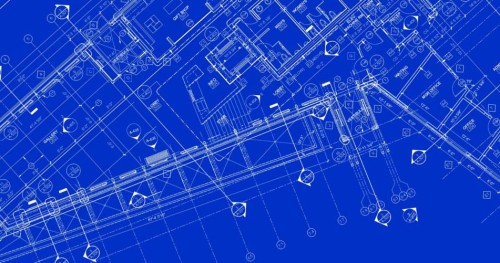 The term “Blueprint”  is a common name for printed building plans that actually grew out of the printing/developing process that rendered a large sheet of paper blue resulting with white lines on a blue background. This was replaced by the diazo print process that used ammonia gas as the developing agent and changed the look to blue lines on white background. Young graduates were delegated to running the prints when needed and there are many from that era that surely passed out on occasion from the obnoxious ammonia fumes. We gladly shoved the FSB ammonia printer out one of the upper floor windows years ago when the new technology introduced electrostatic plotters that produce a copier quality product on a large paper format which appears as black lines on white background. END_OF_DOCUMENT_TOKEN_TO_BE_REPLACED

The S… That Came In From The Cold 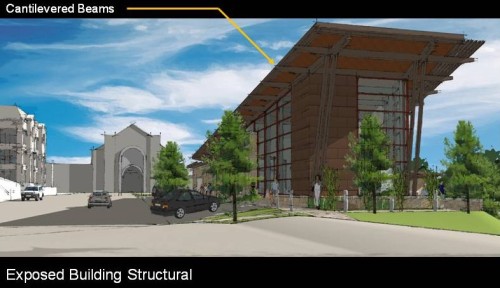 The 1965 film adaptation of the novel by John le Carre with the same title stars the ever charismatic but mysterious Richard Burton. While the film is based on the cold war spy industry and is steeped with figuring out who are the real undercover agents and possible defectors, our story is much simpler but hopefully does not have a tragic ending like the movie.

The S… coming in from the cold in our case is the structure that is continuous from interior to exterior and entails figuring how to limit the baggage it is trying to carry from the outside to the inside. The baggage is the transmission of the exterior cold to the inside conditioned space of the building. In reality the physics of the situation is that heat is being lost at such a rapid rate through the structure to the cold exterior that it lowers the temperature of the inside structure near the perimeter to the point where moisture in the air will condense on the surface and drip down on interior finishes. Bad situation. END_OF_DOCUMENT_TOKEN_TO_BE_REPLACED

The FSB Team has been working hard to achieve Platinum certification which is an ambitious goal and corresponding number of points. We were pursuing 81 possibly 82 total points with 80 as the minimum threshold. There are some points we cannot achieve because downtown Sulphur does not have the density of a larger metropolis or public transit. We are getting a healthy number of points for the energy efficiency of our heating/cooling system but not all we had hoped for. With these not panning out, we are falling a few points shy of the number needed for Platinum. But it’s full steam ahead to assure Gold certification which is a small step away from Platinum, still very challenging and impressive to achieve. END_OF_DOCUMENT_TOKEN_TO_BE_REPLACED