Getting to Know the Players – Take Four 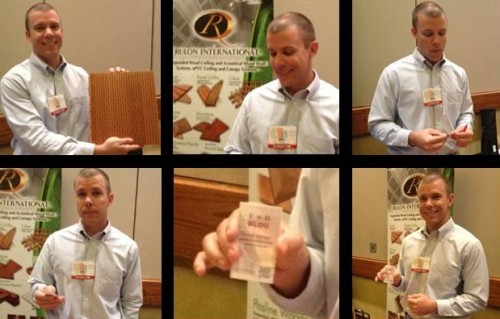 I was recently at the AIA Oklahoma State Convention in Tulsa, Oklahoma gathering “continuing education units” (CEU’s) that are needed for architects to maintain their professional license. This was a 2 day event where you could sock away 12 CEU’s which equates to one year’s worth of credits. The convention is typically accompanied by a Trade Show where vendors, consultants, suppliers and contractor types have set up booths and share information regarding their product or company with the attendees of the convention.

While touring the booths, I came across a product that looked very familiar. END_OF_DOCUMENT_TOKEN_TO_BE_REPLACED

The project continues to work towards getting out of the ground. Sometimes it’s easy and straight forward and sometimes it’s not. In the October 9th Post titled “Sitework-solutions thru teamwork,” in order to stabilize the wet soil in the center of the site, the team agreed on an approach to push rock into the sub-grade to create a stable structural base. While this approach has a history of success, it’s no guarantee it will work and in our case it was not a successful approach. Instead of stabilizing the soil, the rock kept sinking into the soil and the ground was like chocolate pudding with chocolate chips in it. END_OF_DOCUMENT_TOKEN_TO_BE_REPLACED 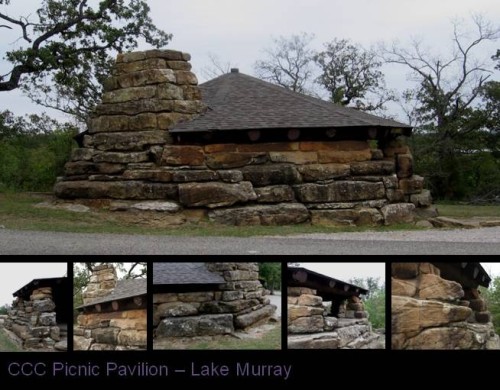 One of the inspirations for the architectural character for the Chickasaw Visitor Center is the historic architecture located in the national park land now known as the Chickasaw National Recreational Center in Sulphur, Oklahoma. These historic structures were built by the Civilian Conversation Corps (CCC) between 1933 and 1940. Amazingly in 1914, Platt’s visitation exceeded both Yellowstone and Yosemite and was second only to the Hot Springs Reservation in Arkansas.  The objective of the CCC Company #808 at then Platt National Park was to protect and conserve the park’s resources which was receiving an enormous amount of wear for a park its size.

President Franklin D. Roosevelt’s “New Deal” program reduced unemployment during the great depression by providing work for the more than 3 million young men who enrolled in the program. The CCC initially focused on reforestation, but that soon grew to include soil conservation and the creation of recreational park facilities which included aiding the establishment of some 800 state parks across the country. The overall effort was a collaboration of other “New Deal” programs that included the Works Progress Administration (WPA) and the National Park Service. One of those new parks was located in southern Oklahoma in Chickasaw Country and is one of the many area attractions that visitors can learn about at the Chickasaw Visitor Center. END_OF_DOCUMENT_TOKEN_TO_BE_REPLACED

Here you see a photo from a few months earlier along with the current condition of the site. The contractor has been attacking the ground with vigor and the result has been a somewhat unanticipated seepage of water coming out of the embankment of earth seen in the background of the photo on the right. The water seems to have been pent up on one of the layers of earth about 6 feet below the level of Muskogee Avenue on the north edge of the site. The water in this case is referred to in engineering and construction terms as “perched water” and has turned the site in to a muddy mess. END_OF_DOCUMENT_TOKEN_TO_BE_REPLACED

While excavation is commonly thought of as an archeological term and often brings to mind visions of Indiana Jones, within the design/construction industry it has a different yet similar meaning. Excavating is the removal of unneeded soil to change the contours of the site. The similarity to the archeological dig is that you don’t always know what you’re going to uncover or discover in the process. END_OF_DOCUMENT_TOKEN_TO_BE_REPLACED